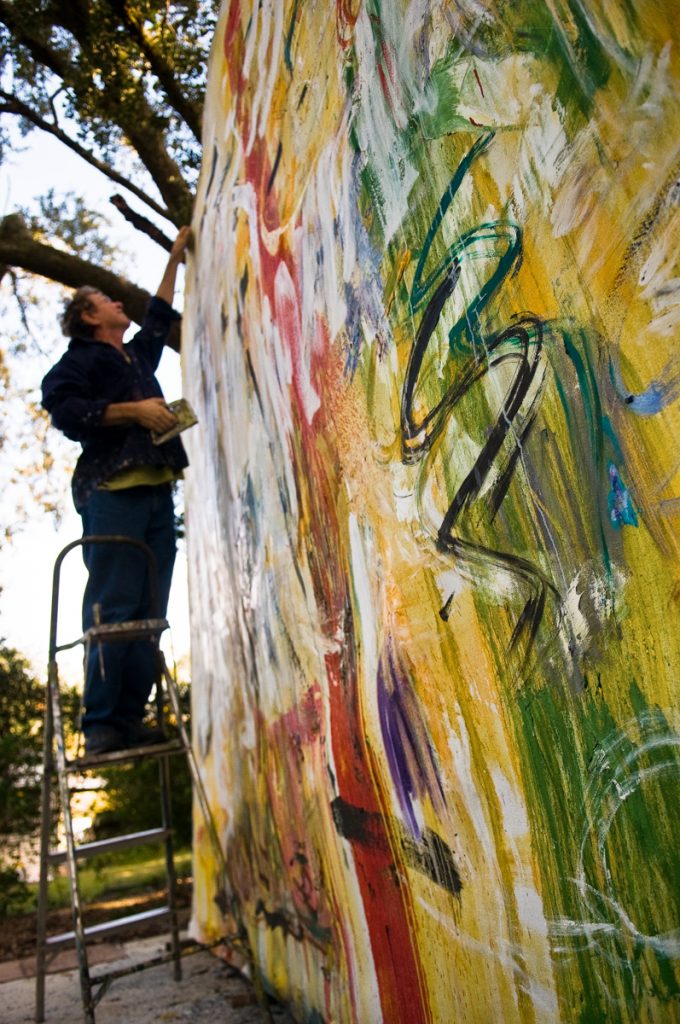 John Seery (born 1941) showed at Andre Emmerich Gallery, New York, throughout the 1970s and was hailed at the time in Art in America by critic Peter Schjeldahl as “probably the strongest and certainly the most exciting abstract painter of the moment.”

Seery’s work has been featured in numerous museums including the National Gallery of Australia (featuring John Seery with Jackson Pollock). Seery came to prominence in the 1970s and was a key figure in the Lyrical Abstraction movement in New York and Los Angeles that included work by artists such as Brice Marden, David Reed, and Larry Poons in the late 60s and 70s.

Described as a painterly, emotional and decidedly “non hard- edge” brand of abstraction, which was heralded by younger painters at the time as a response to Abstract Expressionism, the movement’s name derived from an exhibition of the same name (in which Seery’s work was included) that began at the Aldrich Contemporary Art Museum in 1970 and traveled to the Whitney Museum in 1971.

Following the success of these exhibitions, Seery accepted teaching positions at both Harvard and Cornell University where he taught throughout the 1980s, establishing a strong national and international presence.